CURRENT: The possibility of parking buses in Tallinn Bus Station will disappear

From the beginning of November, long-distance buses will no longer be able to park near the Tallinn Bus Station, since the owner of the plot plans to build an apartment block on the site. According to experts, the traffic around the bus station may become tense.

Bus Station CEO Airika Aruksaar told, that there are no other parking options at the site and it will be down to bus operators how to handle the logistics. At the same time, a recent study by private sector engineering firm Stratum reported that heavier movement of large buses at several significant intersections close to the bus station, as well as on the nearby minor streets, where buses may also end up parking, may result in serious traffic jams.

The management of the Bus Station tried to agree with the owners of the real estate developer Liven that the parking area on the Juhkentali 48 plot would be preserved until the city creates new opportunities for buses, and a three-month extension was obtained, but now it is over.

According to Aruksaar, changing the traffic scheme and traffic light cycles would initially provide relief. Still, in the future, it would be necessary to reorganize all traffic around the bus station and also to build it out as soon as possible. She added that the Tallinn City Government could wait to approve Liven’s desired detailed plan.

“Tallinn City Planning Department says that this place is not suitable for parking buses in terms of urban planning. But in this case, the traffic scheme should be changed so that the buses can be directed to park elsewhere. We are waiting for the Tallinn Transport Department to develop appropriate traffic management,” said Airika Aruksaar.

Deputy Mayor of Tallinn Tanel Kiik explained that the city-run Tallinn Transport Department and the Tallinn City Planning Department have discussed the matter with the site owner, adding that “the city cannot conclude compromises on behalf of two private sector companies”. 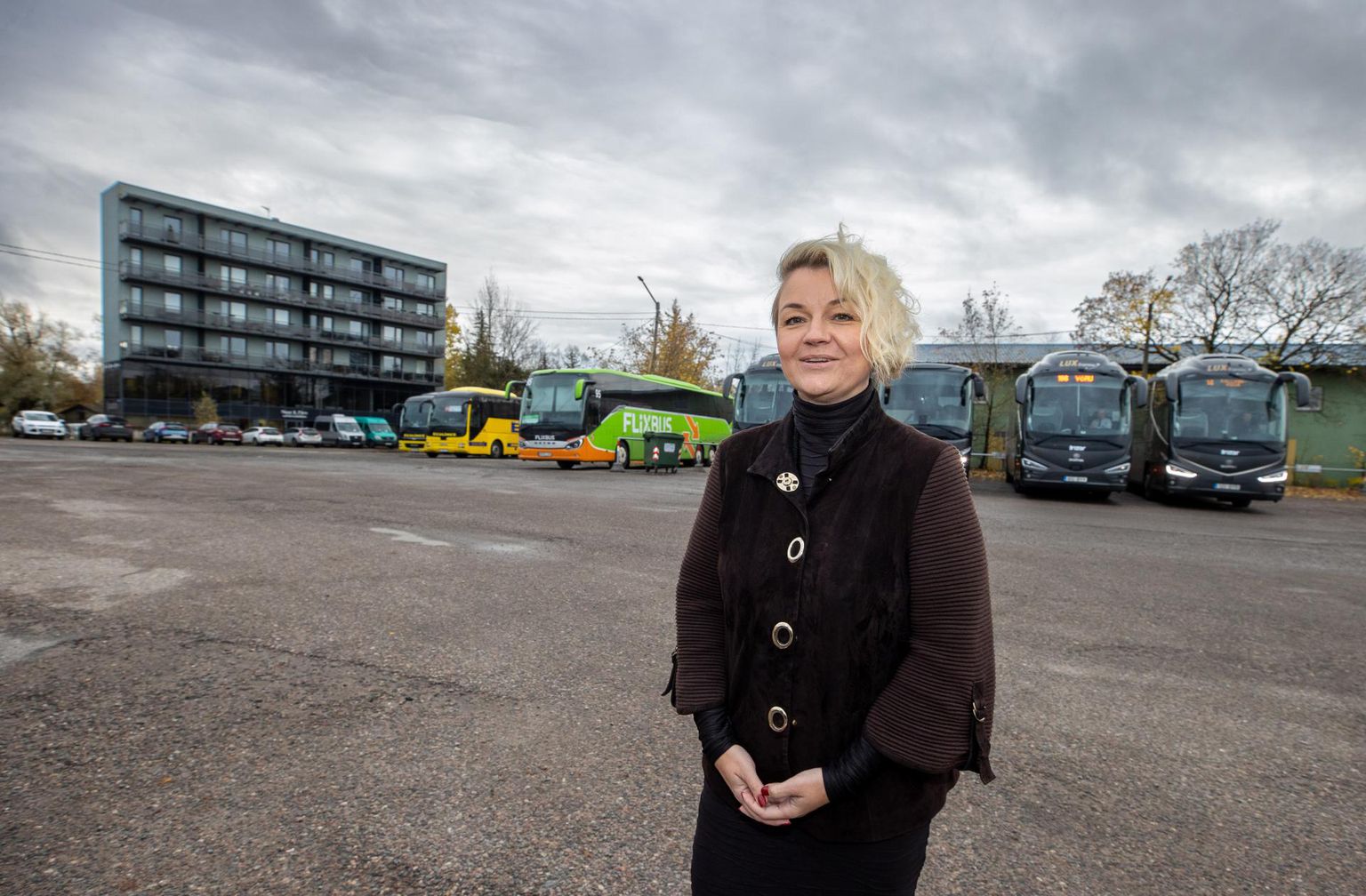